Get Travel Tips and Hotel Deals in Your Inbox

The Top 5 Things to Do in Panama

If someone says “Panama,” the first things that spring to mind are probably the canal and those famous hats. But this country has much more to offer – and so many places to visit. Think azure waters lapping at white-sand shorelines, indigenous people on remote archipelagos, charming old Spanish colonial towns and you haven’t even scratched the surface.

With our guide to the top 5 things to do in Panama, a gorgeous country at the crossroads of Central and South America, you can easily tick these destinations off your bucket list. 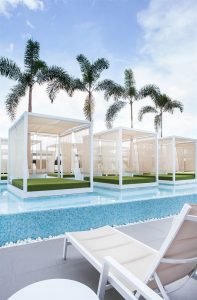 Panama’s capital has been dubbed ‘The Dubai of Latin America’ because of all its skyscrapers and rising wealth. The city was founded in 1519 by the Spanish. It was later wrecked by the privateer Captain Henry Morgan. You can still see the damaged ruins in the Panama Viejo area.

To really appreciate the capital’s history, head to Casco Antiguo. Also known as Casco Viejo, this neighborhood is now a UNESCO World Heritage Site. As well as seeing its charming museums and cathedral, you’ll have the chance to stroll around and check out how the architecture has been affected over time by Spanish, Caribbean, French and even Art Deco influences.

Linking both the Pacific and the Atlantic oceans, the iconic Panama Canal was a pioneering feat of engineering at the time. It is still one of the most important shipping routes in the world. Take one of the day tours from the capital city, where you can read up on the incredible construction and history at the museum at Miraflores Locks. Or head to the viewpoint to watch the ships go by.

The jungles of Parque Soberania, Parque Chagres and Parque Metropolitano, which surround the canal area, make a great day trip if you want to find out about Panama’s flora and fauna. Enjoy the fantastic birdwatching opportunities and the Smithsonian Tropical Research Institute, where you can go on educational tours of the area.

The stunning San Blas are tiny, picture-perfect islands that the indigenous Kuna Yala tribe call home. These locals have self-governing authority over the islands. They have managed to keep their culture relatively intact, lending the area a unique vibe. With untouched white-sand beaches, these islands feel like the land time forgot. Electricity may be limited but this is more than made up for in charm and serenity.

Climb Panama’s highest mountain for the best views in the country. The volcano’s summit, 11,398 feet above sea level, offers breathtaking panoramas. They are at their most dramatic at dawn. On a clear day, you see both the Atlantic and the Pacific, as well as Costa Rica.

Take a 4WD tour up to the top, or for a real adventure, hike up through the Volcan Barú National Park, close to the town of Boquete. Most groups either start at midnight to see the sunrise from the summit or camp further up the volcano and do the last part of the trek before the sun comes up.

Live out your Caribbean island fantasies on the laid-back Bocas del Toro. Situated in the Carribean West region of the country, close to Costa Rica, this island chain is perfect for soaking up the sun. Chasing adventure? There’s also superb surfing, snorkeling and affordable scuba diving in the area. You can also island hop across this picturesque archipelago and cruise out to its many beautiful and remote spots.

This Central American gem is a character-packed vacation spot. Check out our top deals on hotels in Panama. At Triphop we give up to 15% Cash Back to members as travel rewards. Choose from more than 550,000 hotels across the globe and earn great Cash Back deals.

Save up to 60% on your favorite hotels